What is Narrowband IoT?

Narrowband IoT or NB-IoT is a standard for data transmission tailored to the reliable transmission of small amounts of data, telemetry data. Narrowband is the English term for narrow band. The Narrowband-IoT standard has already existed since 2016 and was included in 3GPP Standard 13 by the 3rd Generation Partnership Project (3GPP). The 3GPP organization standardizes new forms of data transmission and thus simplifies applications for digital projects in the Internet of Things. 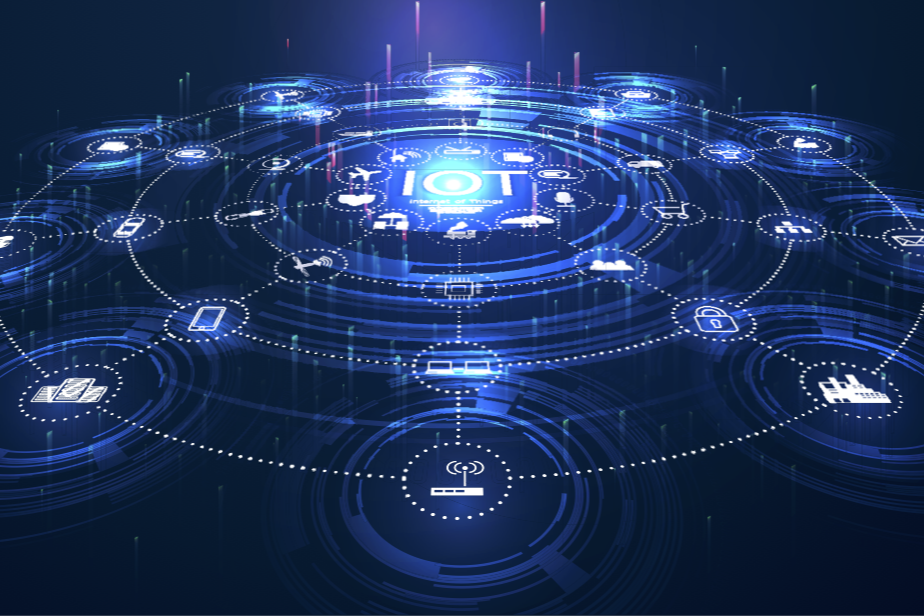 With the emergence of the Internet of Things, however, new challenges arose in the transmission of data. In the Internet of Things, objects and sensors are connected to each other. The number of IoT devices in everyday life is growing rapidly. In practice, it quickly became apparent that the normal mobile networks and SIM cards in devices such as smartphones are not suitable for an IoT use case. The more devices dialed into the existing radio cells, the faster infrastructures were overloaded. They could no longer operate reliably under heavy load, making it difficult to use IoT applications.

The narrowband IoT standard will solve these problems. It uses parts of the LTE network. This means that the globally established infrastructure for mobile telephony can also be used for this technology. Narrowband IoT has a narrow bandwidth and consumes less energy. The batteries in the sensors that operate in such networks and transmit the data signals last up to ten years. For companies using this technology, there are very low costs both in using the service and for appropriate modems.

The specific advantage of NB-IoT is good building penetration. NB-IoT sends and receives data even where a mobile device such as a smartphone no longer displays network bars. Thanks to lower network load due to narrow bandwidths, it is possible for individual radio cells to communicate with up to 50,000 devices without interference.

In addition to the narrowband IoT standard, other variants exist for transmitting data into IoT infrastructures and operating IoT applications. These can be summarized as LPWAN standards. LPWAN is the short form for Low Power Wide Area Network. The most important difference to the NB-IoT standard is which frequencies and protocols the respective standard uses for a network.

Some standards create an IoT network by using their own grid infrastructures of antennas and base stations to connect devices to sensors. Other IoT systems use existing infrastructures from mobile network providers that have their own mobile connectivity networks for this purpose.

Providers with their own infrastructure include SigFox from France and The Things Network (TTN) based on LoRaWAN from the non-profit LoRA Alliance. In addition to narrowband IoT, other standards that use the mobile network, mostly LTE, include LTE-M (Long Term Evolution for Machines). Both NB-IoT and LTE-M are available from Vodafone. Each of these standards has particular advantages and is therefore suitable for specific applications in each case.

Differences of standards in IoT projects

SigFox and LoRaWAN offer their own dedicated networks for IoT applications and their sensors. This turns out to be an advantage where the network coverage of mobile network providers is not yet sufficient. In addition to the infrastructure, the two standards also provide secure grids to protect the data in a network. However, these networks are only suitable for those applications that require small data transfers at specific times. They are not designed to permanently transfer large amounts of data.

NB-IoT and LTE-M are based on the LTE standard from 3GPP. This makes them part of the mobile communications infrastructure, using frequency ranges in the LTE bands. Narrowband-IoT shows its strength as a standard in that suppliers of IoT applications do not have to build their own network to achieve sufficient network coverage in Germany. NB-IoT is also suitable for transmitting small amounts of data that sensors deliver to IoT devices at specific intervals. The sensors can be used both locally untethered as well as immobile and fixed. In operation, these remain permanently in a given radio cell. LTE-M, on the other hand, can be used to transmit higher volumes of data for IoT projects that are in motion.

Use cases with NB-IoT

The use cases for LPWAN standards are many and varied. Right now, many use cases are already in development and testing. Central to IoT applications is the idea of the smart city, where many innovative and smart scenarios can be designed. The starting point is the concept of using sensors to collect as much data as possible about a city and deriving insights from it. The evaluation of data thus enables measures to be taken that are geared to the needs of end users. Manufacturers also gain valuable information that they can incorporate into the development of new products.

Narrowband in a smart city

One example of such applications is smart parking in many cities. Parking lots are equipped with sensors that map a network via NB-IoT and send up-to-date information on parking lot occupancy. Apps can process the database and use it to document available parking spaces. Drivers access it on their smartphones to find an available parking space.

Another example of applications based on NB-IoT is the entire field of smart home systems. Technologies that rely on the exchange of data via narrowband can be used there. For example, sensors measure humidity or temperatures in the home and regulate heating or ventilation in the rooms via control units.

Smart metering also serves as a practical example of IoT technology. This involves the automatic reading of electricity and gas meters. The meters are often located in basements or apartments and are not accessible to municipal utility staff. LPWA technology’s advantage of being able to easily penetrate walls and floors in buildings pays off ideally here.

IoT with Narrowband in practice

Away from a smart city, narrowband IoT or another LPWA standard can be used everywhere and even in agriculture. This is where smart farming comes in. Sensors with NB-IoT transmit the values measured directly in buildings or even the animals when the conditions for the animals change.

NB-IoT basically takes over the function of data transmission. The standard is not intended to transmit telemetry data or, in the opposite direction, to remotely control devices or machines. Hence why, Narrowband plays a major role in transmitting consumption indicators, maintenance notices or error messages via M2M communication. In the logistics industry, the NB-IoT standard supports the recording of driving routes and delivery routes. Another application example shows how LTE-M works in practice with a higher data transmission rate compared to other LPWA standards. The standard with LTE-M is useful for procedures that process larger amounts of data. This is the case when monitoring patients’ vital signs, regardless of where they are.

Narrowband as a component for the future

These examples show a sample of the extensive use cases for narrowband IoT. Many companies are driving development to integrate IoT technologies more and more into our everyday lives. They are designed to help make life easier and meet the challenges of the future. The foundation for a modern world with the Internet of Things has been laid. In the coming years, more applications with NB-IoT will come to market.

Connecting products has never been so easy! Learn more about our Narrowband+ offering →