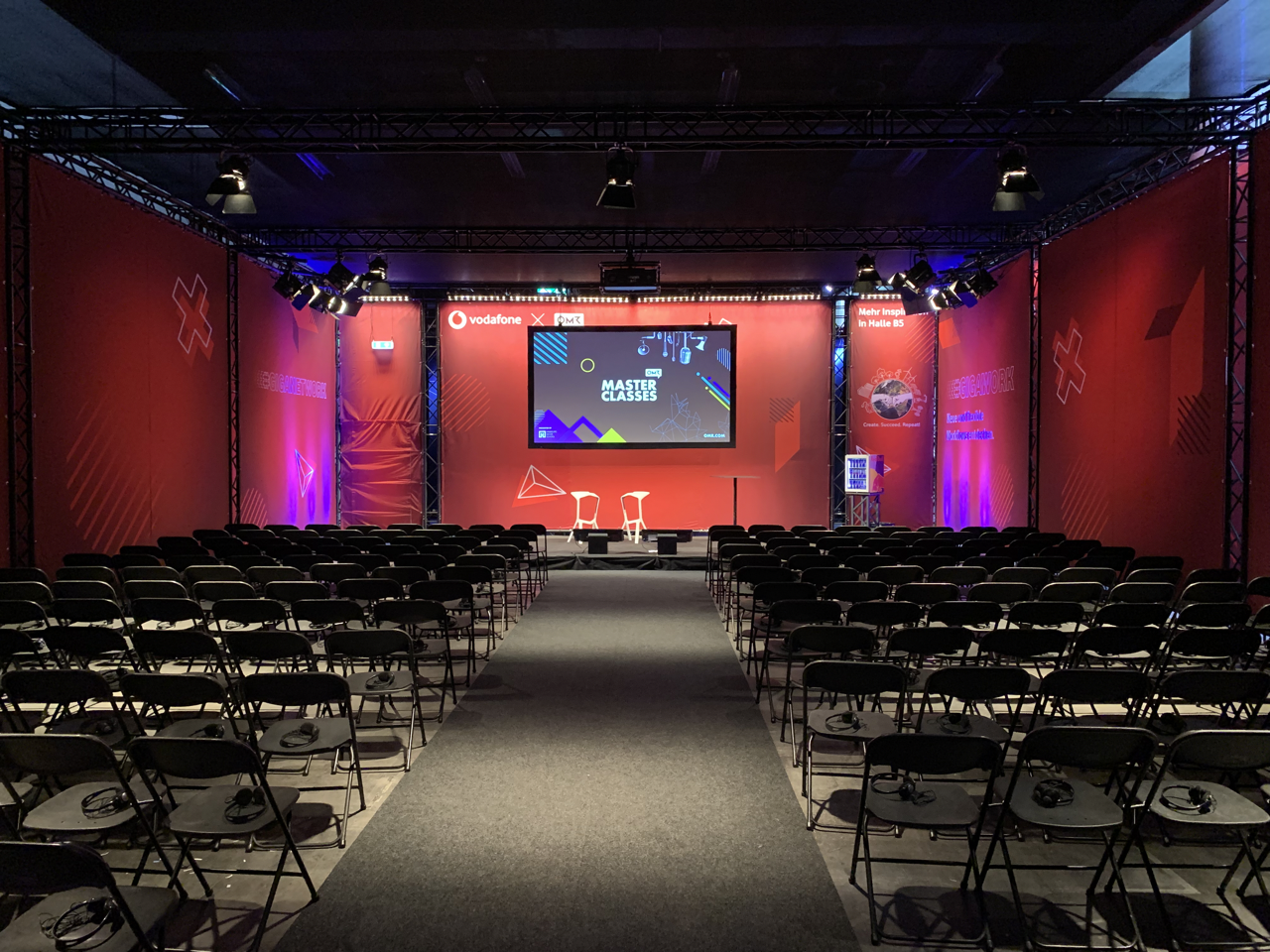 The expansion of the Internet of Things (IoT) is steadily advancing. More and more companies are discovering the opportunities and potential of digitalization in their business model. But where to start with the digital transformation and when to start? On the occasion of the OMR Festival 2022 in Hamburg grandcentrix highlighted the necessary prerequisites and measures as well as their systematic implementation. The post-Covid reprise of the popular masterclass event focused on an important core question in holistic scope: What do you need to think about to implement IoT projects in your company?

The “Reason Why” for your IoT projects

At Vodafone Hall B5, Vodafone as well as selected partners and subsidiaries such as grandcentrix held an intensive technical dialogue between customers, partners and IoT-ambitious companies on May 17-18, 2022. This year’s OMR Festival once again managed to attract the international superstars as well as hidden champions and local heroes of the digital scene to the Hamburg exhibition halls. Thus, the Hanseatic city found the ideal audience for our Masterclass that we held with our partner Mutabor. A colorful mix and with a common interest: product networking in the Internet of Things.

When approaching future IoT projects, many companies basically think in terms of so-called proof of concepts. The focus is always on technical feasibility. We want to break down this mindset with the Masterclass, because digital transformation requires a broader horizon. Our clear recommendation: In the run-up, the “Proof of Value” should first be the focus. What benefit do I want to create? In doing so, it makes sense if the idea is shared by many people in the company. From management to the product teams - together, the business model can be examined in detail and an implementation plan systematically developed.

Users, technology, data, functions, revenue potential - five factors need to be taken into account in advance in order to assess the described proof of value. For this purpose, grandcentrix and Mutabor developed a special IoT Business Model Canvas, which was used to guide the approximately 120 visitors through the theoretical realization of IoT projects. We have summarized the core aspects of the individual blocks in the IoT Business Model for you below. 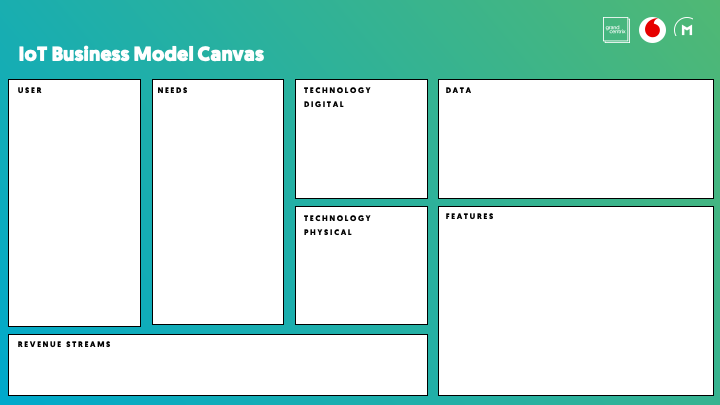 Climate, corona, empowerment, digitalization - the topics of our time are often also the reasons for IoT projects. Ultimately, this always involves cooperation between people and machines. The latter can be programmed according to their task, but the needs of the users must be taken into account as early as possible for later success. For identifying target groups, we have formulated three key questions:

Only those who understand real needs can practically implement meaningful IoT projects based on their target group. The existing technology is thus then the next aspect to analyze.

At its core, the Internet of Things (IoT) always describes the connectivity of the physical world and the digital world. Thus, IoT projects are usually composed of three technical building blocks. On the one hand, we have the implementing IoT device. Here, the considerations should already begin within product engineering. On the other hand, there is a “digital counterpart” to which the devices must connect. What is meant here is an IoT and device management platform, where configuration files and software updates (e.g. as FOTA) as well as various other adjustments are played out. A connectivity layer is required between the physical product and the digital remote station. In addition to the classic connection types such as Wi-Fi, Bluetooth or even still wired, mobile radio has become an affordable alternative. grandcentrix works primarily with two mobile radio technologies that have already been rolled out on the global markets. Narrowband-IoT and LTE-M are still quite unknown to the masses, but can be operated for very low costs - for example 0.01 € per day. Whether as a single connectivity standard or in combination - the selection is always based on your specific use case and the existing technology and data landscape.

An often used metaphor is: “Data is the new oil.” The elementary raw material of digitization can be extracted practically every day. IoT devices, which can be equipped with a variety of sensors, represent a new source here. But a central question in IoT projects is: What do I actually do with the data that results from the connected devices?

To answer this, you should basically consider the following aspects:

A large amount of relevant data for IoT projects also accumulates directly within the company. From controlling to project management, new information directly related to the workflow is generated in every department every day. A tip for dealing with “Big Data”: Think small! Especially at the start, projects should be advised that enable simple and well thought-out use cases.

Holistic research and good preparation are half the battle when it comes to operational implementation of IoT projects. After the experts from the various departments have dived deep into the digital opportunities of their subject matter, the threads come together in the IoT business model. Subsequently, a design sprint is recommended - as a cross-departmental task force to be able to reliably derive the first findings. This revolves around the following questions:

Make it ready for the market!

Finally, at the end of the line is the digital further development of the business model. This can be realized or converted into sales in various forms - for example, as an additional service derived from information asymmetries. The actual product becomes the data collection and at the same time the sales platform for the services. In this way, companies can also succeed in penetrating an unfamiliar market with their haptic products and enter into new competition with, for example, classic service providers.

IoT projects in cooperation with grandcentrix

grandcentrix stands for the development of IoT projects with series maturity. For this we have built up a broad expertise over the last decades and think IoT along the entire value chain. In the one-hour masterclass, we succeeded in illustrating this very complex overall process with tangible examples. From the smart city to the connected cordless screwdriver - the entire span of IoT projects can be conveniently accessed on demand.