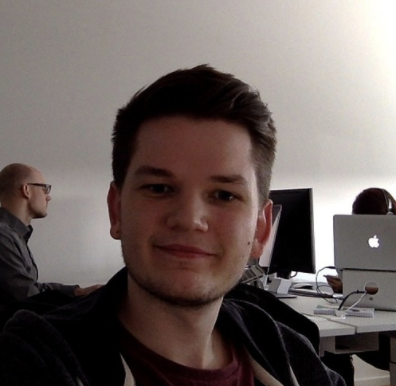 While developing IoT devices for a few years now for various projects, we faced one challenge in all of them: how do we test and debug our cloud while having no IoT device ready?

These IoT projects usually start with a kickoff, where we learn what the IoT device is supposed to do and how we want to integrate it, followed by designing an architecture including the IoT device and cloud and how they will communicate with each other. We are using a lot of Azure IoT services which enables us to have fast iterations and off the shelf device-2-cloud / cloud-2-device communication. Starting the developing cycle afterwards includes the hardware-, embedded software-, cloud infrastructure, backend- and frontend development. All components are developed simultaneously so you would have to wait for the IoT device to be finished to validate your cloud setup.

A typical Azure IoT architecture could look like this: 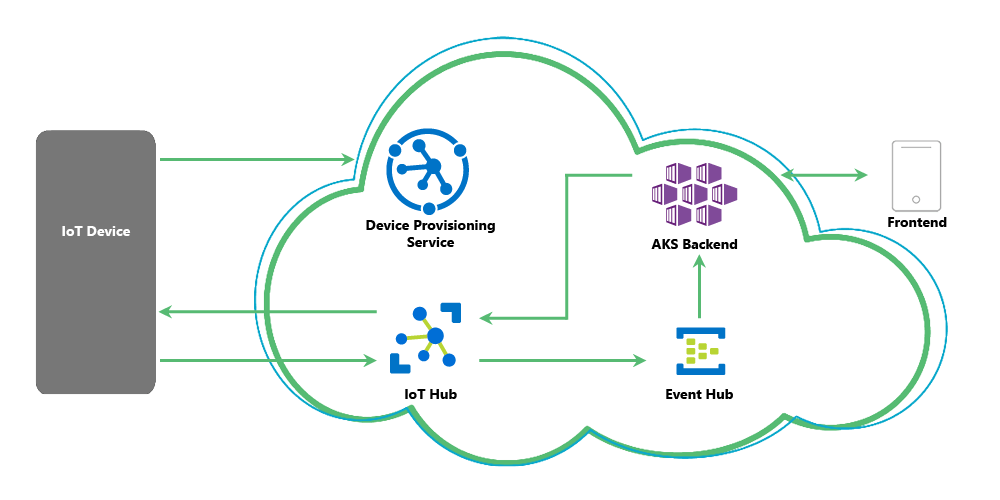 Obviously, it is never this simple but should give an idea for what we want to test and debug. Please keep in mind that this is just an example and there are a lot of other ways to ensure device-2-cloud / cloud-2-device communication. Find below a quick overview of the services:

The first IoT projects by grandcentrix developed these kinds of clouds without having an IoT device available and therefore no good tooling to test the developed features. So the developers created their own project-specific Device Simulators. Depending on the project, they were able to hold a state and respond on Direct Methods with defined values and were also able to send data, like telemetry in an interval. They were written in different programming languages, using arbitrary tools and frameworks. They didn’t share the same name and oftentimes were simple shell scripts (and, to be honest, rather messy). But: they got the job done. Nevertheless, we felt like we could improve that. Instead of reinventing the wheel for every project, why not introduce a general-purpose Device Simulator which can be used to support the development of many different IoT projects?

Simulating an IoT device helps a loT developing cloud functionality and being able to verify it. Also one of the major challenges using the Azure Services is the lack of good debugging. All services are Black Boxes where you are never 100% sure what is going on. So sometimes it is not easy to understand why something doesn’t work as expected – and it always helps trying it out. While developing multiple IoT projects we don’t want to develop multiple Device Simulators, so we need a reusable asset. Regardless of the project, we defined the following quality goals for a simulator:

Keeping these goals in mind, we have developed a concept in which a developer is able to create a config file that contains all domain-specific data and in which he can also set up the cloud architecture and its environment. We came up with multiple features most of our projects did want to test/debug:

While having a device simulator which is easily adjustable to meet domain-specific logic and reuses components to connect to the desired cloud is really neat, there are some things to improve.

There are a lot of opportunities with the reusable device simulator and makes the life of developers a lot easier.