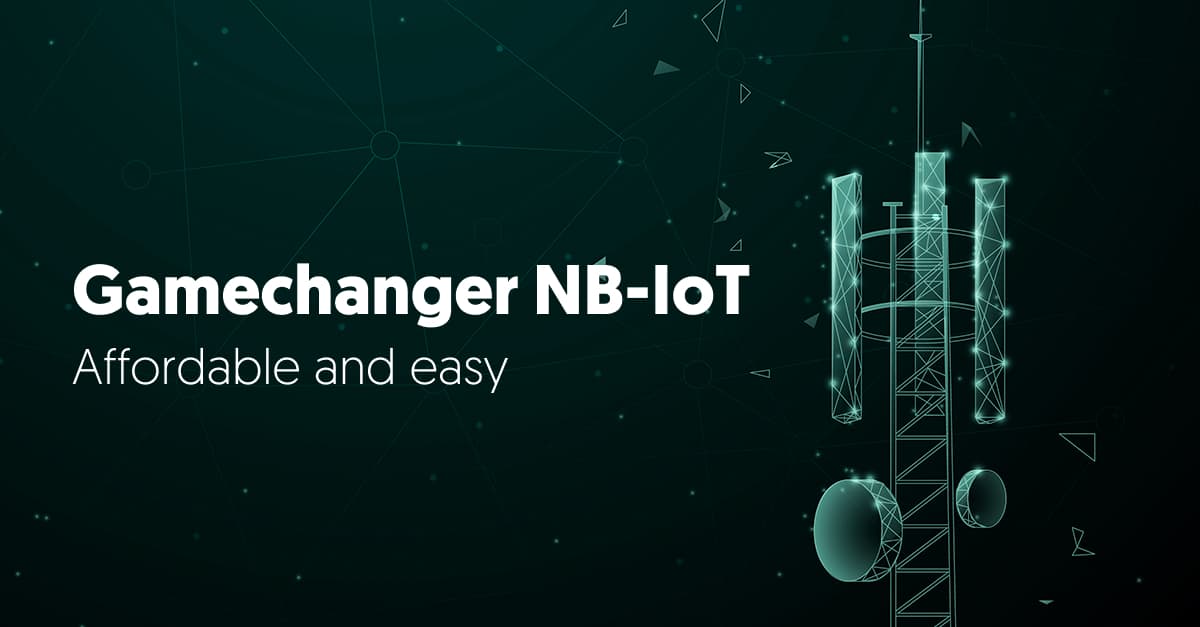 Low Power Wide Area (LPWA) networks make connectivity affordable and easy for national and international applications. In this context, Narrowband IoT (NB-IoT) and LTE for Machines (LTE-M) in licensed cellular are interesting alternatives. These public services have significantly increased the deployment scope of IoT applications and devices. The following article focuses on Narrowband-IoT and explains its functionality and advantages.

The use of mobile communications frequencies is subject to global frequency regulation. There are free bands such as the ISM (Industry, Science, Medical) band. This can be used free of charge by anyone in compliance with the national framework conditions. However, from a global perspective, the general conditions vary from region to region. The free usage option leads to uncontrollable availability and transmission quality. The reason: In ISM, unknown users have to share the frequency spectrum among themselves. While this is acceptable for some applications, it is certainly not for others. Anyone who values “quality of service” or reliable availability has the offers of the mobile network providers to choose from. Such operators have already allocated frequencies in the area and currently in operation, or have acquired them in auctions. Based on this resource, you can ensure and offer reliable quality. In addition, the standardizations are driven by an international standardization organization. This ensures that exactly the same offer exists in many countries of the world from various suppliers. Once a technical solution has been designed, it thus also functions reliably on a global scale - whether in mobile or stationary use.

With the rise of the Internet of Things, however, new requirements for data transmission have emerged. In the Internet of Things, objects and sensors are interconnected. The number of IoT devices in everyday life is growing rapidly. In practice, it quickly became apparent that the normal mobile networks and SIM cards in devices such as smartphones are not suitable for the IoT. The more devices dialed into the existing radio cells, the faster networks were overloaded. They could no longer operate reliably under high load, making it difficult to use IoT applications.

Why are there two standards, Narrowband IoT and LTE-M?

The consistent implementation of the LPWA philosophy, i.e. low energy consumption at high range, is pursued with NB-IoT. This service is optimized for the transmission of non-real-time critical, small amounts of data such as status or location information. Thus, throughput and latency constraints are accepted in favor of very low energy consumption and high building penetration. This makes this standard primarily suitable for battery operation with long lifetimes. The complementary service LTE-M offers lower latency and higher throughput compared to NB-IoT. Therefore, it consumes more power and it currently has lower global coverage. Therefore the LTE-M standard is supported in fewer networks internationally than NB-IoT.

In Fact: Applications that require high global coverage are currently better off with NB-IoT. Ideally, both standards are supported simultaneously in the connected products. Important to know: Generally, network operators want to support both standards in their networks. But there will still be a longer transition period before this works across the board.

What is Narrowband IoT exactly?

Narrowband IoT is a mobile communications standard that has been widespread for some time, particularly in Asia. For some years now, the technology has also been establishing itself in Europe and the USA. NB-IoT is an extension to the LTE standard and uses the existing mobile communications infrastructure. This includes antenna locations as well as previously unused frequency bands in some cases. Together with the very narrow-band and efficient use of frequencies, this makes this offering so efficient for mobile providers. The users also benefit from this - in the form of favorable prices.

Unlike the 5G network or the LTE standard, narrowband IoT with its low bandwidths is specifically designed for low data volumes. The technology is perfectly suited for bi-directional transmission of telemetry data or control and location information. In addition, narrowband IoT offers optimized low power consumption and thus high energy efficiency. In this context, operation in low frequencies ensures particularly good building penetration, which also enables indoor use.

Narrowband IoT can also be used to build applications where the Internet of Things previously failed due to economic viability. Sometimes the requirements for energy supply and environmental conditions were too demanding and technically impossible. Particularly affected were areas of application that do not require high data rates, but which should run internationally uniformly. grandcentrix has already created a lucrative offering for this. Narrowband IoT with direct connectivity from 1 cent a day can be found here.

What does Internet of Things (IoT) mean?

Internet of Things (IoT) is the name given to networks of physical objects that are connected to other devices and systems via the Internet. This allows data to be exchanged between objects using integrated sensors, software and other technologies. In the private sector, IoT technology can already be found today in various household objects. However, the Internet of Things is particularly strongly represented in high-end smart products and in industry. Currently, there are more than 7 billion connected IoT devices on the planet. Forecasts promise further growth. **Experts estimate that the number of IoT applications will increase to 22 billion by 2025.

Embedded devices in the IoT enable seamless communication between people, processes and objects. Cost-effective computing-cloud, Big Data, analytics, and mobile technologies such as edge computing-help to share data between physical objects. For detection, minimal human intervention is required. Thus, the Internet of Things maps a hyper-connected world. Digital IoT systems can record, monitor and adapt every interaction between connected objects. The physical and digital worlds always work hand in hand in the IoT.

A technology on the rise: IoT security in detail.

grandcentrix has become one of the leading providers of narrowband IoT in Germany. As a subsidiary of Vodafone, we understand the optimal use of established mobile communication standards in particular. In this context, a partial focus is also always on compliance with the necessary security features in the selected network operation. This is increasingly demanded as an essential quality and security feature, as also in the specifications of the Federal Ministry of Education and Research. The focus is on the latest announcement on IoT security in smart homes, manufacturing and sensitive infrastructures.